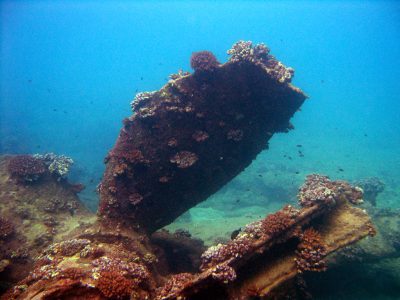 There has been talk for about a week about an impending storm.
Today the weather service had posted high wind warnings for the Island of Kauai. Schools were closed people were warned to take precautions. The wind although blowing Kona never lived up to the hype. 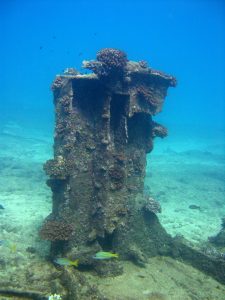 Strong Kona winds do cause the water on the East side of Kauai to become unusually clear. It had been blowing Kona now for a few days. I finally decided to take another look at the Andrea F. Luckenbach. It is one of the better known shipwrecks on Kauai. Its location close to shore in shallow water on the windward side does a good job of keeping people away. 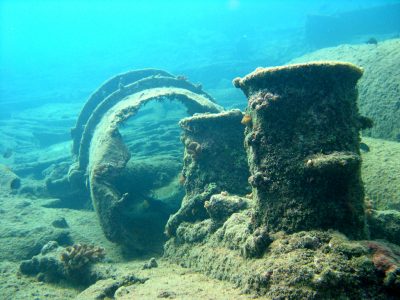 In March of 1951 the Andrea F. Luckenbach was bound for Yokohama Japan from San Francisco. She made a stop in Honolulu due to the Master becoming ill. He was put in the hospital and the voyage continued under the command of Frederick P. Dietrich, a hastily promoted Second mate. 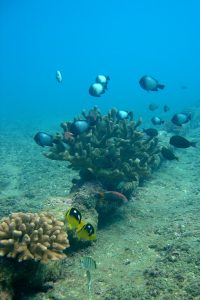 She made it around Barbers Point and set her course through the Kauai Channel. There were some squalls that reduced visibility but no severe weather. At about 2005 hours on March 11th she struck bottom. There is some disagreement about where. The crew maintained that she hit a yet undiscovered pinnacle about 3.5 miles off shore. The Coast Guard investigates think that she probably hit a reef North of Papaa Bay. Mr. Deitrich's license was suspended for a year on account of the incident. 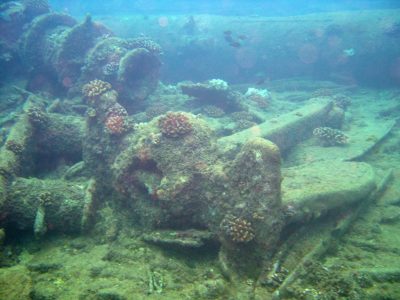 She floated free and finally came to rest near the location of the current Kauai Hilton. She was sticking out of the water for about 20 years before she finally slipped below the surface. During that time I am sure that quite a few people must have noticed. She is still there on the bottom slowly blending in to her surroundings. 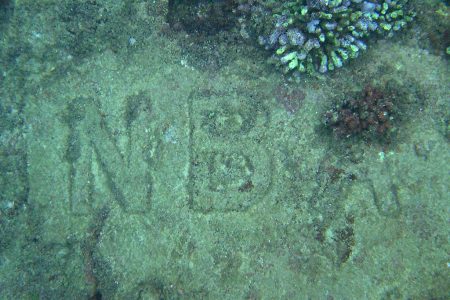 The wreck of the Andrea F. Luckenbach is not the intact wreck full off gold that I would like to explore. She is in my backyard so I thought that i would put up some pictures before her name has finally faded away.