In July of 2020 Comet Neowise (C2020 F3) became visible from Kauai.  At first in the mornings and then at night.  The mornings were cloudy and rainy so I did not try to see it.  At night I decided to try to look for it at Polihale.  It was too cloudy so I gave up.  I next tried to see it from Kalalau Lookout.  I Finally was able to see it. 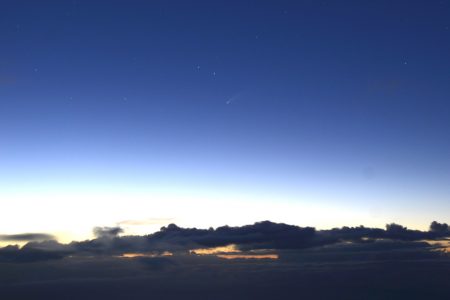 Here you can see it in the center of the blue.  It is faint and very hard to see. 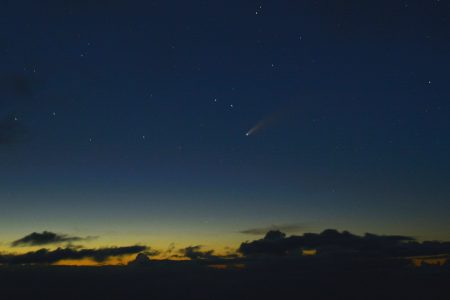 As it gets darker it becomes more visible to the eye. 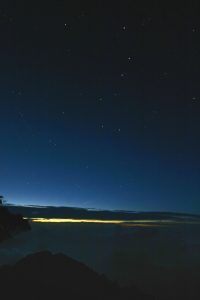 This is a wider shot.  You can see the ridgeline and the stars.
The comet is still there just above the clouds, but it is very small. 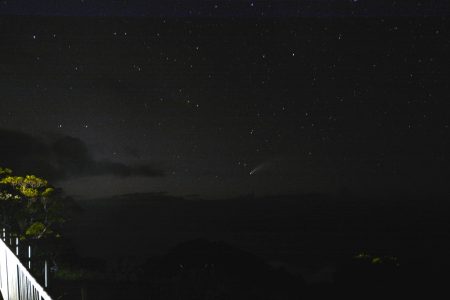 The darker it gets the better you can see it. 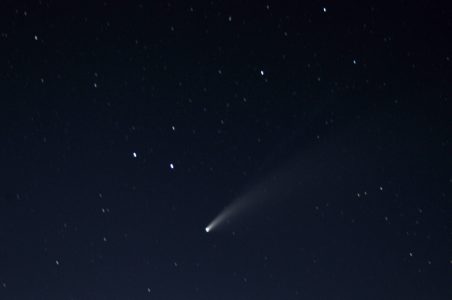 This is more of a close up.  There are some stars in it.  The movements is because of a 30 second exposure. 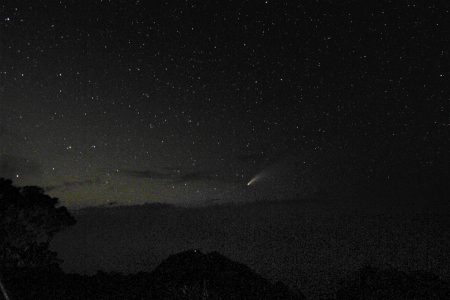 More dark but can still see a little of the clouds and the ridge. 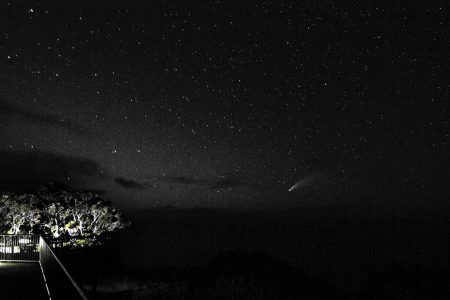 Someone had a light at the lookout.
It made it a little harder to see the comet but it was nice to get the lookout in the shot. 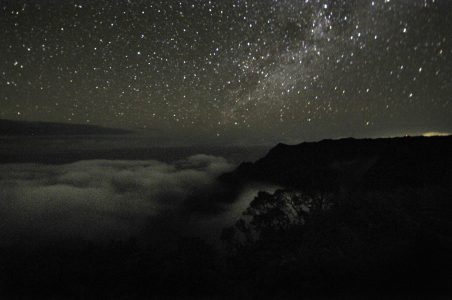 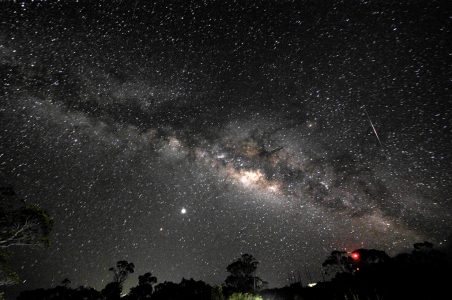 Milky Way with the tracking station. 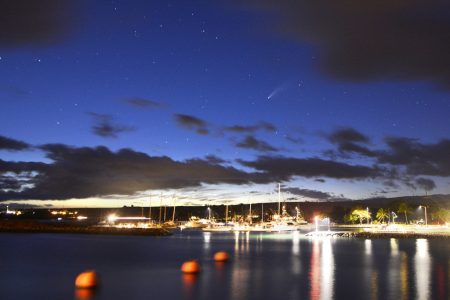 On another night I took this of Neowise over Port Allen.