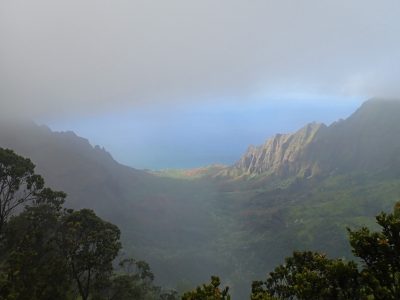 I Started at the Puu o Kila Lookout on this trip.  It had been along time since I had hiked to Kilohana.  I wanted to check the condition of the boardwalk through the Alakai swamp. The first part of the Pihea trail is along the rim of Kalalau.  There are s few very steep and slippery spots along the way.  If you have hiked it before it is much the same.

Soon after the trail leaves the rim of Kalalau is where the boardwalk really begins.  This staircase is missing a couple of boards. 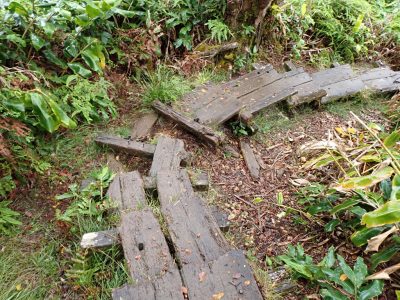 Soon after switching to the Alakai trail.  The trail becomes a long flight of stairs going down to a stream.  These stairs are in much worse condition than they were. 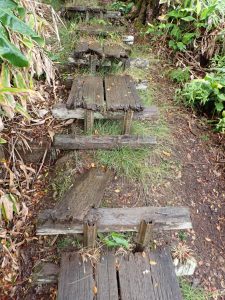 Many stairs are missing and many look like they are ready to break. 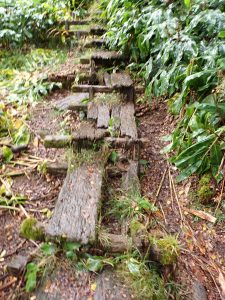 More of the stairs. 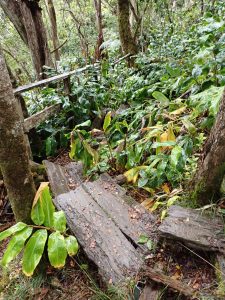 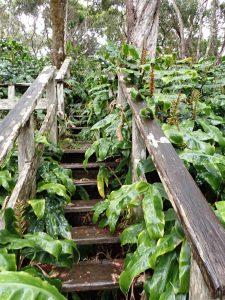 Looking up from the bottom of the staircase.  It looks like not very many people use them any more. 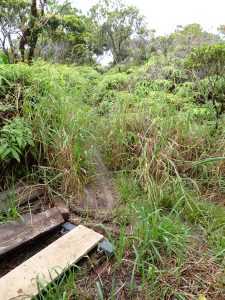 The white board is the new trail.  The new boards are not as wide and only one board instead of two.  This picture is to show that the trail has become more overgrown since Covid 19. 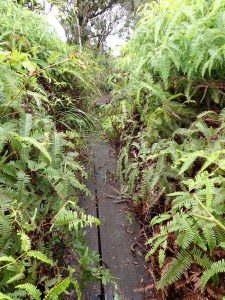 More overgrown trail.  This is just after the travel restrictions had eased so there were not so many people yet. 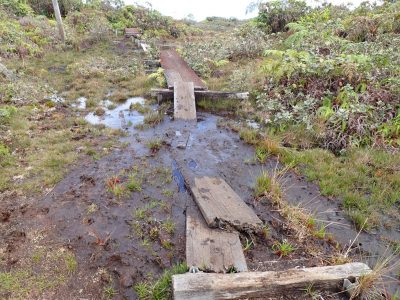 This is some of the old trail.  When they replace it they throw it to the side of the trail and replace it with the new trail.  They don't fix the bad parts first.  They also don't use old unbroken boards to fix sections like this. 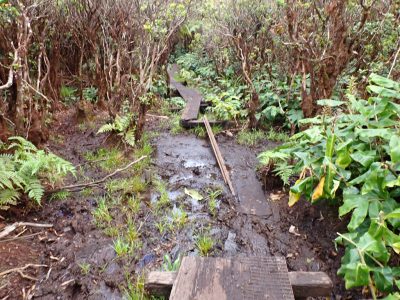 There are lots of trail parts laying around and some people get creative trying to improve things. 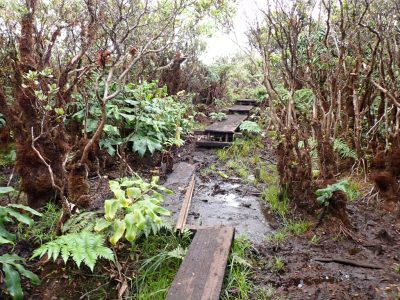 Sometimes the stuff on the mud stays on top when you step on it and sometimes you find out how deep the mud is. 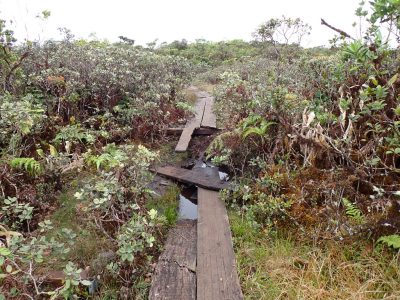 This could be fun to bounce on.  I left it to some lighter people to try. 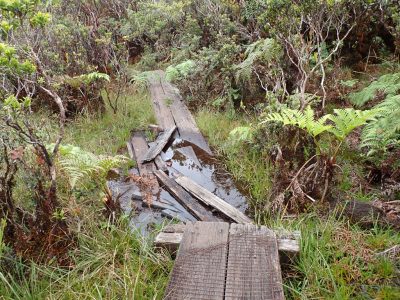 Are you  feeling lucky? 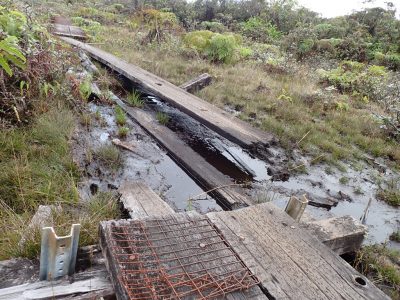 The old trail had wire on it for non-skid.  Much of it is coming up and is very good at tripping people.  Also a good reason to wear shoes that protect your feet. 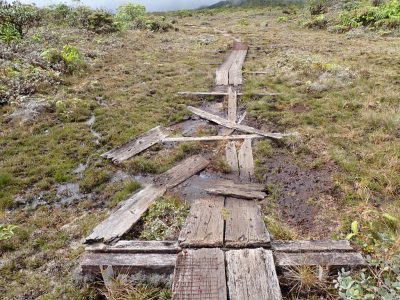 It looks worse than it is.

Old going to new.  It is really fun to pass people going the other way on the over water sections. 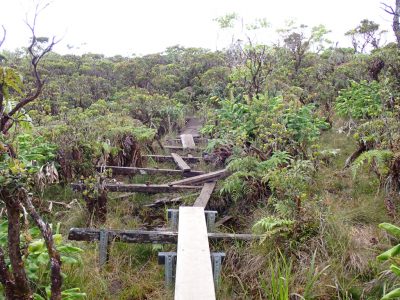 Not all of the trail is this bad.  On the good sections it is easy and quick going.  It is wise to take your time on the bad and slippery sections. 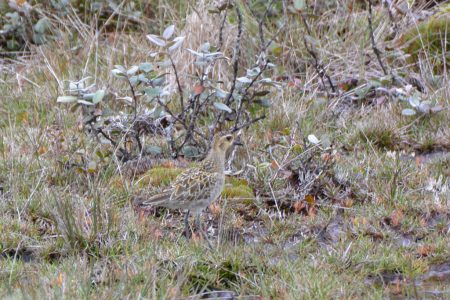 A Kolea in the swamp.  They look better in the swamp than they do on lawns. They are a bit harder to see though. 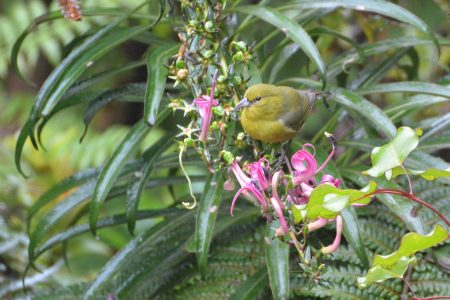 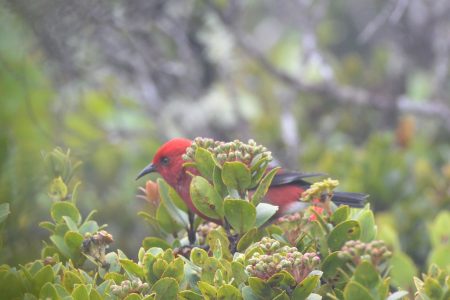 An Apapane feeding on Ohia. It is a good trail for seeing native birds. 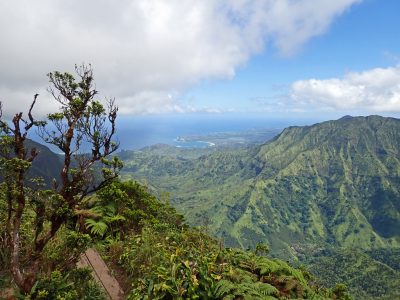 At Kilohana it is possible to to see into Wainiha valley, Hanalei, and Kilauea.  Usually you are just in a cloud though.  I got lucky this time.  Also if you can see anything at this view point don't wait to take a picture because sometimes the view will disappear before you can say cheese.